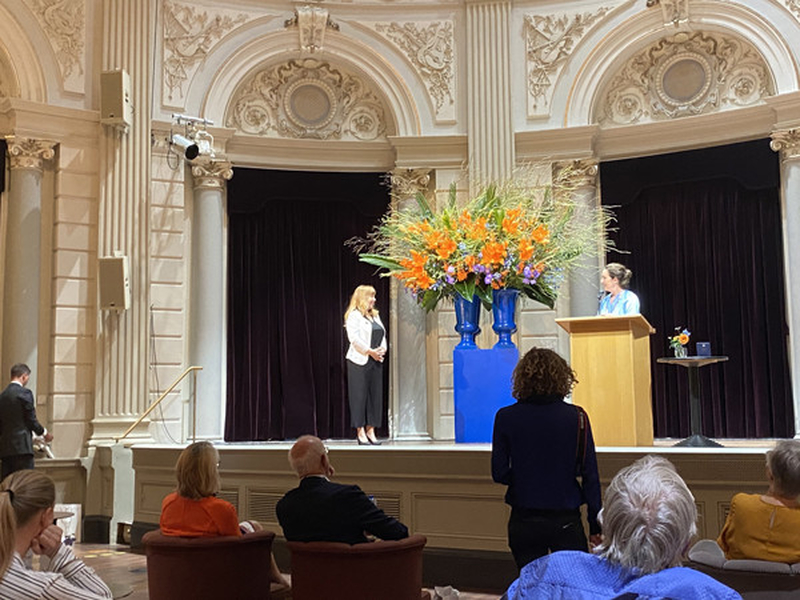 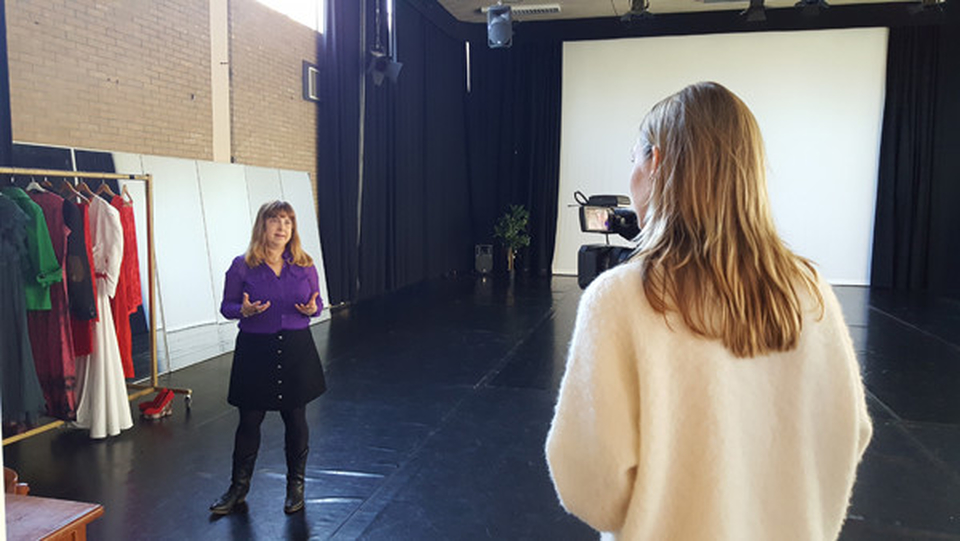 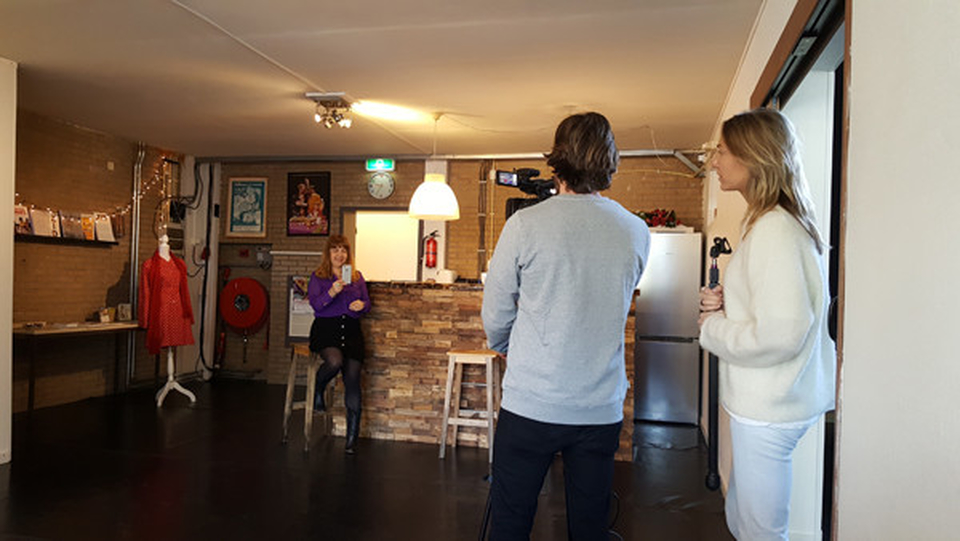 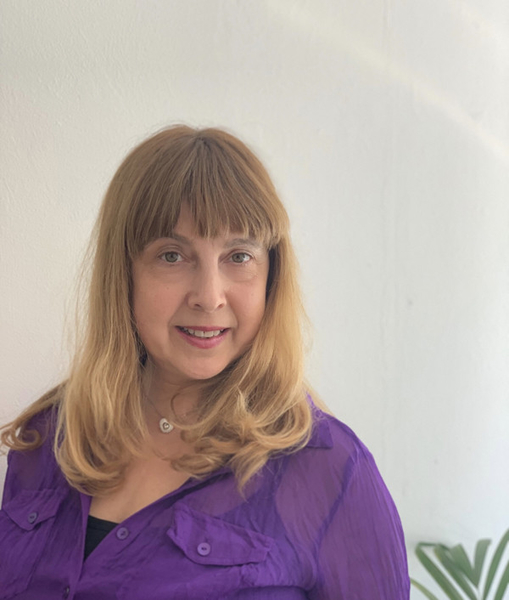 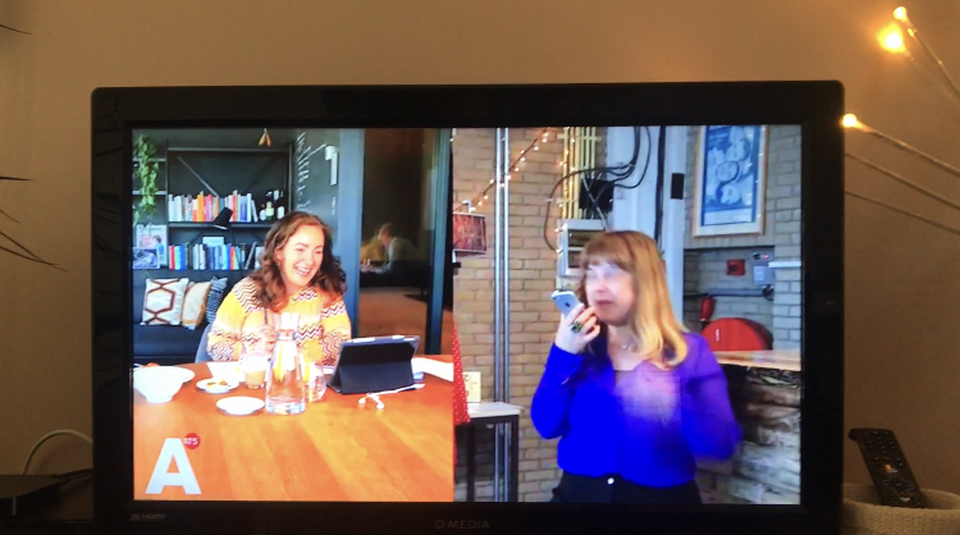 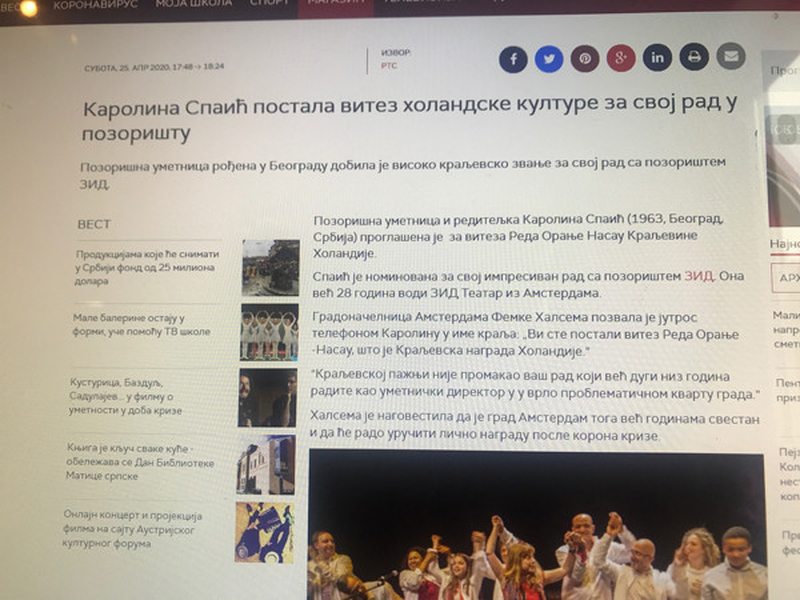 Karolina Spaić was appointed Knight in the Order of Oranje-Nassau on 24 April 2020.

Spaić was awarded for her impressive work with ZID Theater. She has been managing the theatre with an extensive international network from the Kolenkit neighbourhood in Amsterdam for 18 years.

Around 10 am this morning, Spaić received a phone call from Mayor Femke Halsema on behalf of the king. “It has not escaped the attention of the king that you have been working as an artistic director for many years in a difficult neighbourhood and that you always involve many volunteers.” Halsema indicated that Amsterdam has also been aware of this for years and that she will gladly make the title official with the renowned pin later in the year.

Letters of recommendation for her award were received from all over Europe: from Belgium to Belgrade, Italy and many parts of the Netherlands. They came from people who often worked with Spaić for a long time or studied her work. Spaić is praised for her professional knowledge, social commitment and the apparent ease with which she involves people of all cultures.

Spaić is overwhelmed, but mostly very happy with the award. The inexhaustible love and boundless energy that she puts into all projects often remains underexposed. She runs ZID from backstage but is truly at home in all markets: from management to subsidy applications and from promotion to production. Making art continuously accessible to everyone is what drives her.

Due to the Covid-19 crisis, the official ceremony has been postponed until further notice, but it will certainly happen. And when allowed, ZID Theater would like to raise our glasses with you!

Spaić was born and raised in Serbia where she pursued a very strict classical ballet training. In search of more freedom, she moved to the Netherlands in 1984 to study at the Academy for Expression by Word and Gesture in Utrecht (currently HKU). After her education she travelled around the world for a long time to make theatre everywhere.

Meanwhile, she specialised at the International School of Theatre Anthropology headed by Eugenio Barba from the Danish Odin Teatret. He is known for his experimental group theatre. Spaić developed a passion for community art and non-western art forms. In her work she applies many of Barba’s philosophies and techniques.

Since 1992 she has been running ZID Theater with heart and soul. In addition, she is an advisor to the Raad voor Cultuur and a committee member of the Cultuurnota in Utrecht.