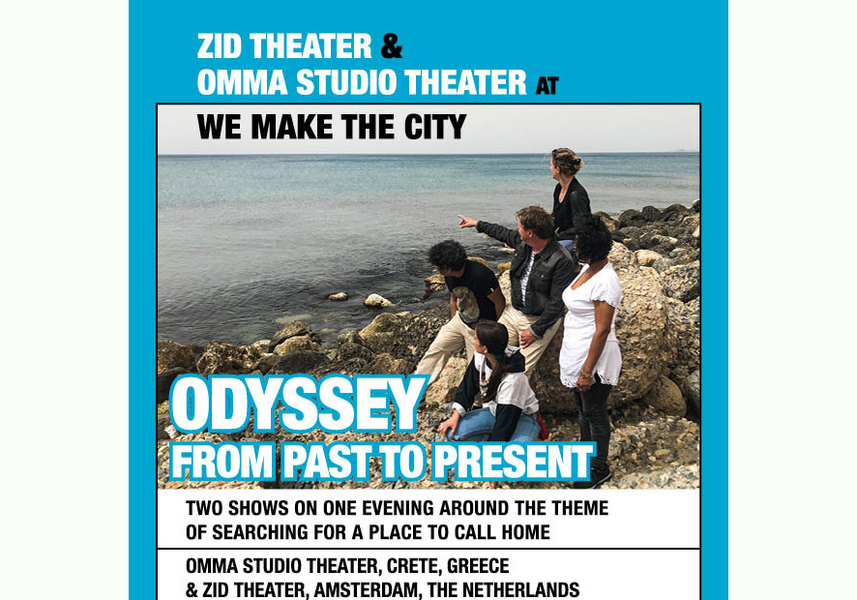 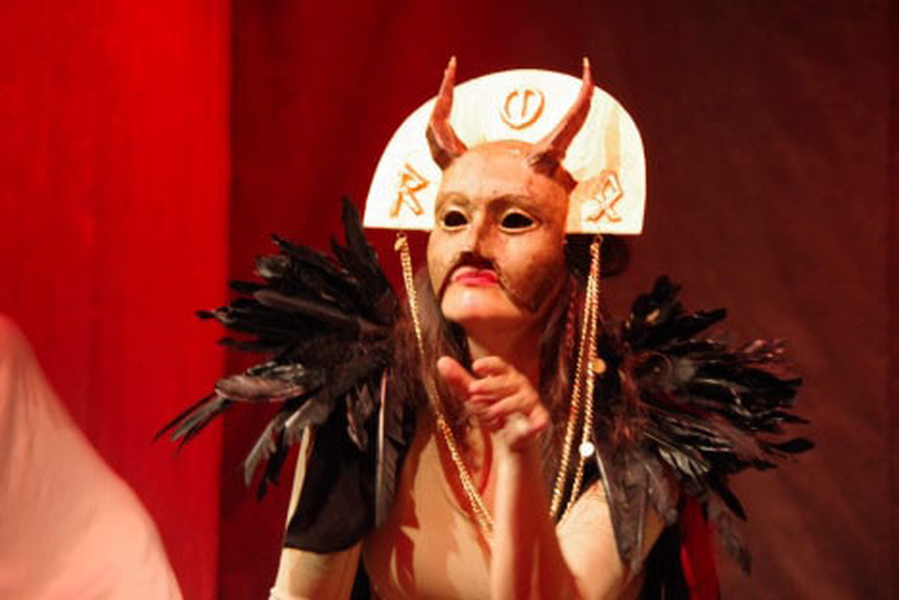 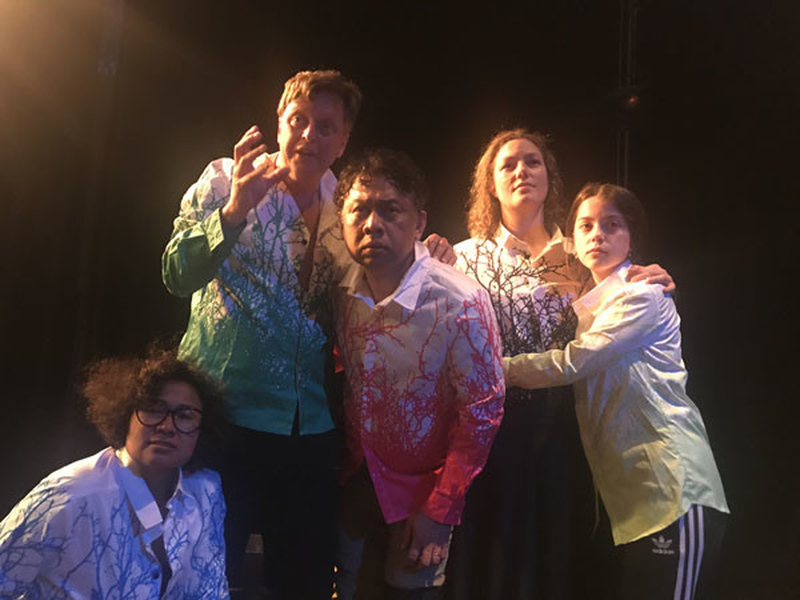 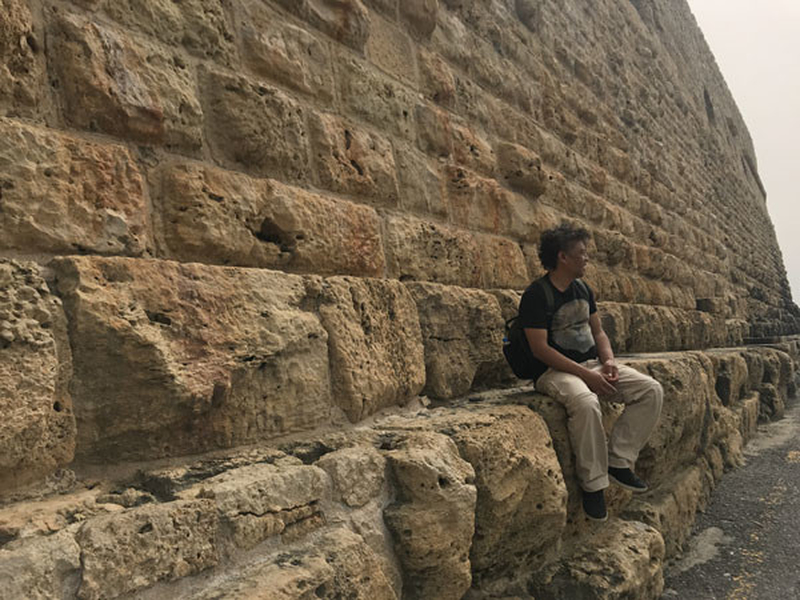 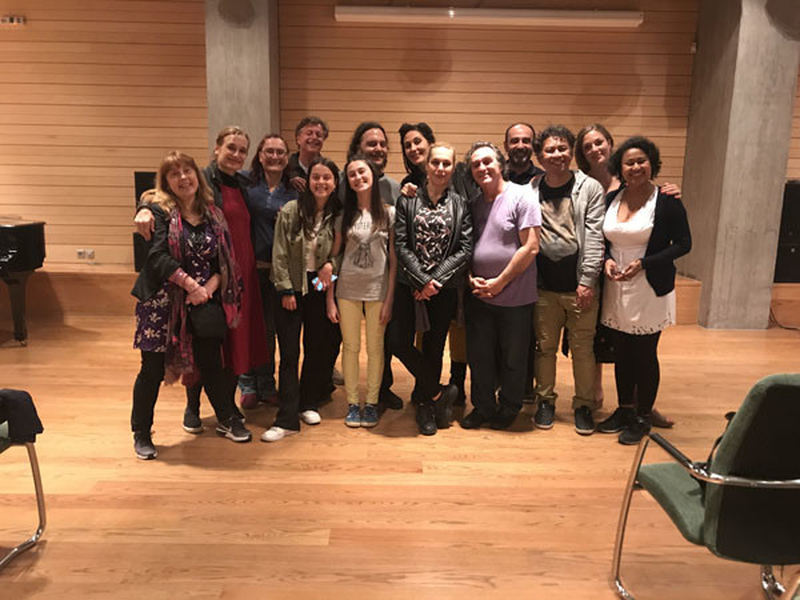 ZID Theater (Amsterdam, The Netherlands) and Omma Studio Theater (Heraklion, Greece) during We Make the City

Intriguing, current, universal and humane
An international theatre event by ZID Theater (Amsterdam, The Netherlands) and Omma Studio Theatre (Heraklion, Greece) that tries to address migration issues that modern society is facing. Each group has given its own interpretation to the theme “searching for a place to call home”, in a crossover of music, dance, theatre and storytelling.

This collaboration had its successful premiere in Heraklion, Crete this May. More performances are scheduled at the International FLIP festival in Italy in June. Both shows will have their Dutch premiere during the WeMakeThe.City festival in Amsterdam.

“Your approach to what Ithaca means for each one of us and the connection you made with the current situation was really interesting. I got emotional by the truth emerging from the performers and felt the need to thank you for that. Looking forward to enjoying your next performance in Crete again!” audience response in Greece

Two performances will be presented on one evening; the first one is by Omma Studio Theater from Heraklion, Greece (music theatre, in Greek) and the second one is by ZID Theater (interdisciplinair theatre, different languages, mostly English). Both groups have chosen their own interpretation of the famous epic Odyssey. The exciting evening will also include a theatre tour in and around ZID Theatre’s venue, where ZID’s neighbourhood actors will perform in the theatre hall, the garden and outdoor spaces.

Inspired by the famous epic Odyssey, with storytelling, music, theatre and dance.

Entrance fee: € 7,50 incl. consumption
To reserve: reserveringen@zidtheater.nl
Age: 15 years +
It is advised to book in advance due to a restricted number of seats.

If you wish, you could also see just one show

EXTRA: Prior to the performances, the monthly cultural jam session IthakaZa – The Journey will be organised, dedicated to the journey home, where the Greek and Dutch artists will meet. With storytelling, music, video and dance.

More about the performances
We know a lot about where we are coming from, but do we also know where we are heading? Our world is constantly moving due to migration flows that are perhaps greater than ever. Karolina Spaic, Director ZID Theater

Omma Studio Theater and its actors decided to sing the story, which emphasises the oral tradition from Homeric times. With beautiful Greek songs from past and present, they tell a mystical story. Director Antonis Diamantis searches for the connection of contemporary themes and traditional Greek songs and rituals. Omma Studio Theater is one of the most famous theatre companies in Greece with performances all around the world.

ΖΙD’s performance is a contemporary approach of the story. In the poem, Odysseus travelled for ten years to reach his home island Ithaka. Have we lost our Ithaka forever? More and more people feel displaced and although they voluntarily or involuntarily move to various corners of the world, they continue to look for an ultimate destination. This performance is a personal document of the performers and of this time. We all seem to be experience experts. Dilemmas, fear and joy make the journey a true adventure for the performers and the spectators.

Together we take the audience on a unique journey to find their own home, inspired by Homer’s famous epic Odyssey. The city offers a home to many people, but do we feel at home in our city?

In Odyssey – from past to present, both theatre groups wish to address the migration issue from their own perspective: the Greek myth and the diverse city of Amsterdam. Mobility is increasing and societies become more diverse. It is important to listen to each other’s stories and create an inclusive environment for everyone to feel at home. 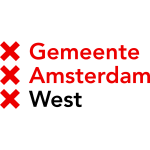 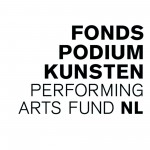