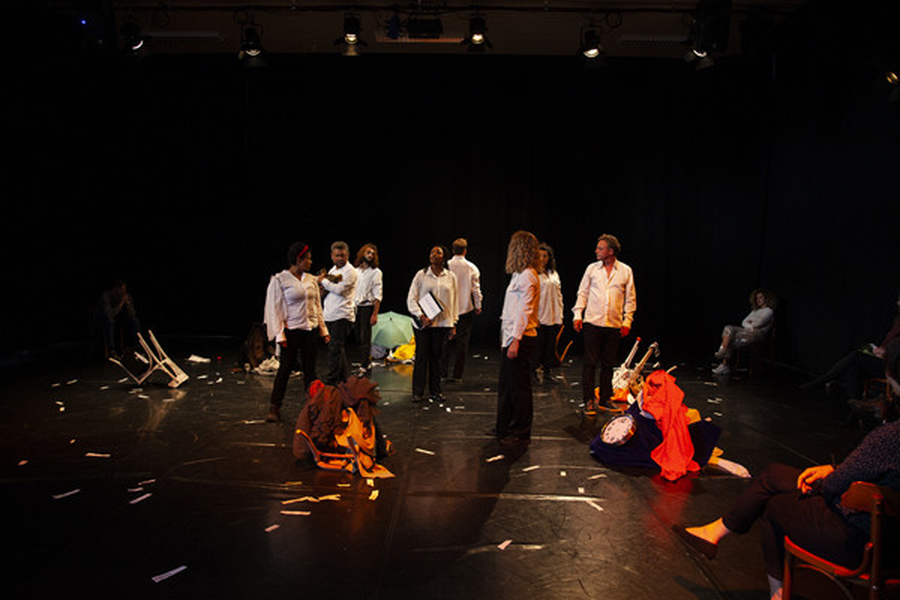 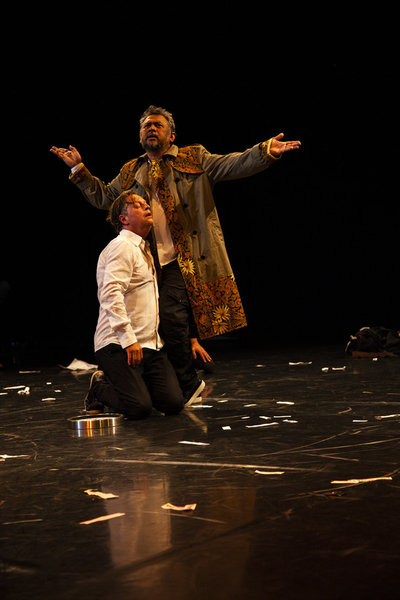 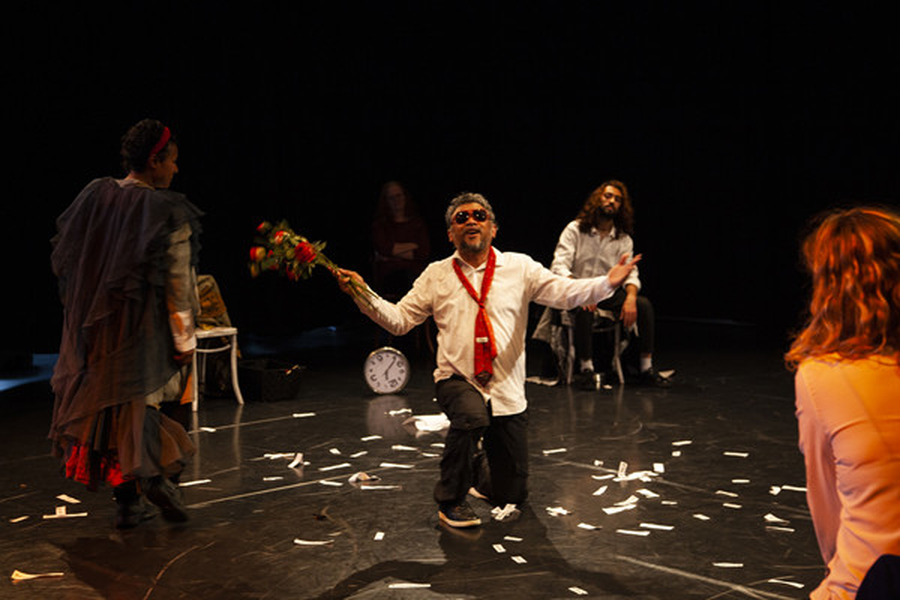 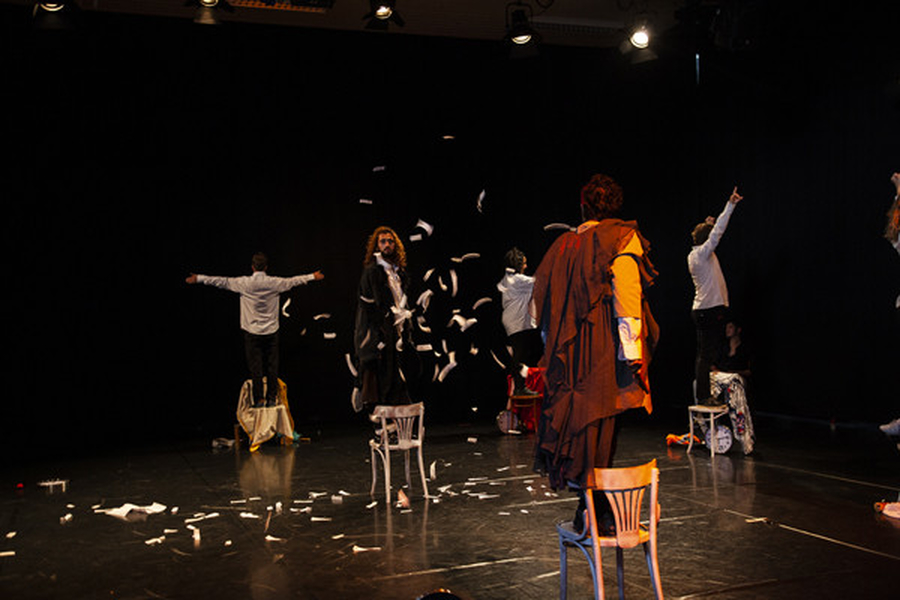 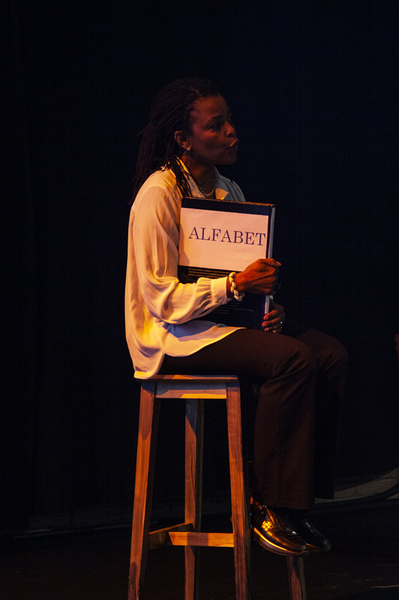 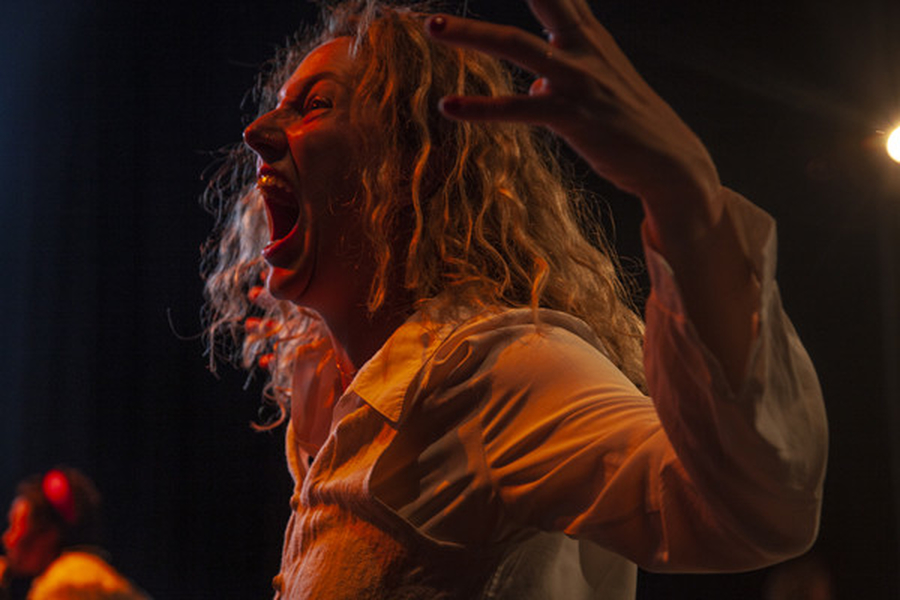 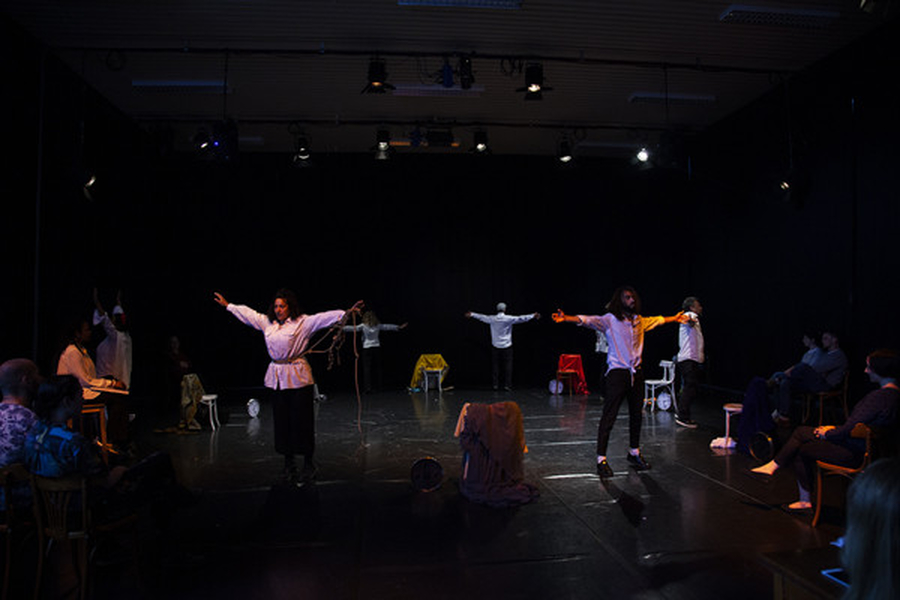 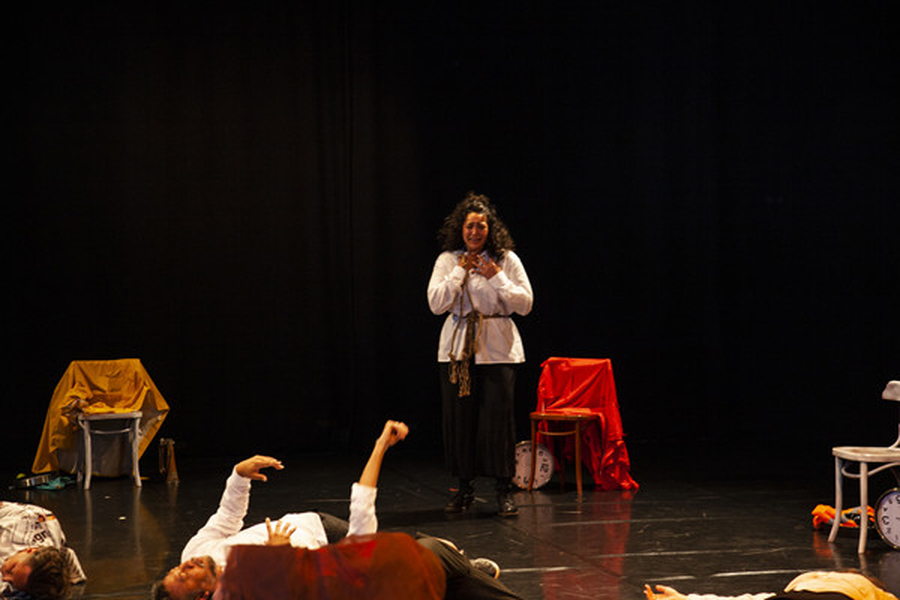 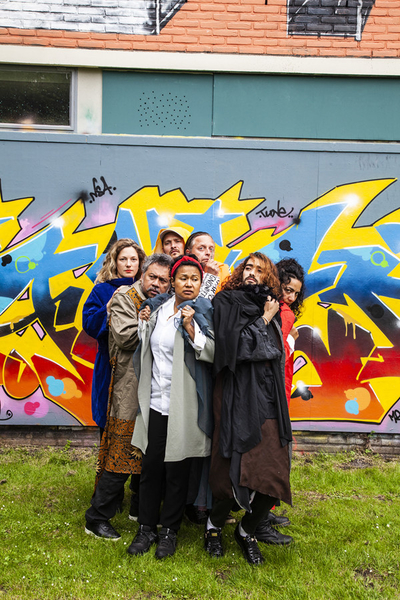 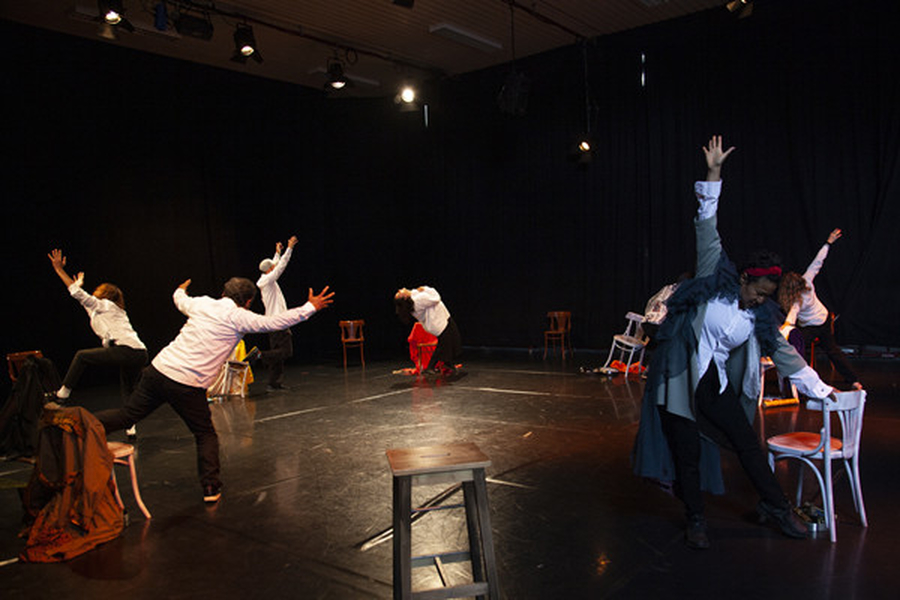 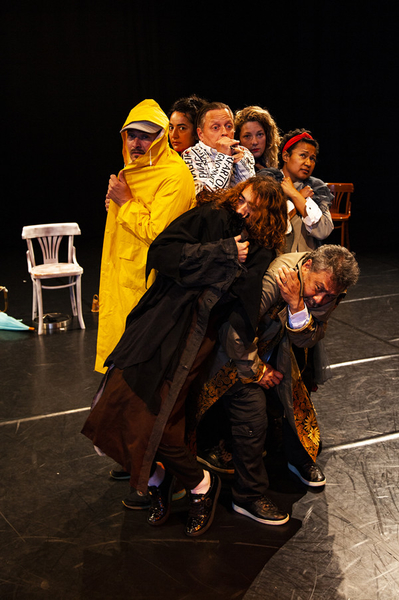 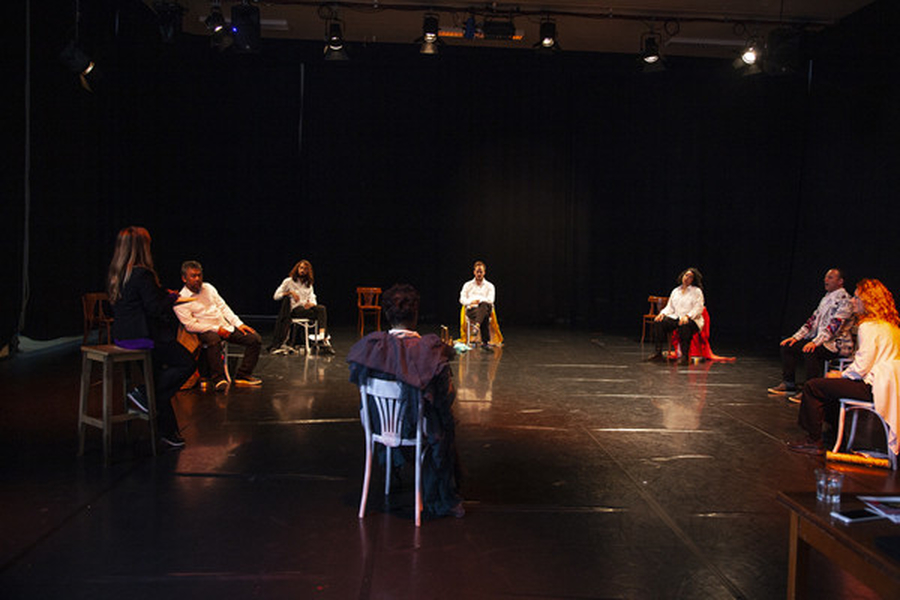 The Alphabet of Uncertain Times is an interdisciplinary theatrical research on guidance in times of crisis. Eight performers create a physical and poetic dictionary in which language, image and movement merge. A new performance, an installation and a video series will be made from this.

The performance The Alphabet of Uncertain Times, by ZID Theater, directed by Karolina Spaić, will premiere on 30 September 2021 during the ExploreZ Festival at Podium Mozaiek in Amsterdam.

The idea for this project arose in a period of social isolation and collective fear. The observation that everyone deals with that fear differently led to an investigation into what we can learn from each other in times of great change – when we have to let go of our habits and assumptions.

Can we let go of everything and face the future with humour and an open mind?

Here is the short aftermovie with the fragments from Alphabet from the first program we performed online in 2021 2021 in the main hall of ITA – International Theater Amsterdam.

The public experiences how collective and personal perception is reflected in times of instability. These reflections are processed both in the performance and in an accompanying video installation. The installation serves as a deepening with images and contains a few words and themes from the performance. Within every word of The Alphabet, there is both an individual and a collective perception of times of crisis.

The performance originated as a co-creation of the entire artistic team during the corona crisis. But the themes are universal and make us think in a playful way; what do we think is most important in times of crisis? The poet Vivian Deekman has written a number of poems for the performance and during the show, she reads the poems that connect the physical and associative play as a whole.
With the physical play, its roughness and the emotions of the performers who come from different countries (the Netherlands, Morocco, Indonesia, Colombia, Suriname), the performance becomes a universal experience for all senses.

Setup at the location

We turned the video installation into a video series, which can be seen as an online exhibition on the website “Corona in the City” of the Amsterdam Museum.
View the exhibition here: https://www.coronaindestad.nl/zaal/tentoonstelling/alfabet/

A video installation was also made for the performance, which can be experienced in the same room before and after the performance. This requires some video screens and headphones. Ideal number of tables is 8.
We have currently transformed the video installation into a video series, which can be viewed as an online exhibition on the ‘Corona in the City’ website of the Amsterdam Museum.
View the exhibition here: https://www.coronaindestad.nl/zaal/exhibition/alfabet/