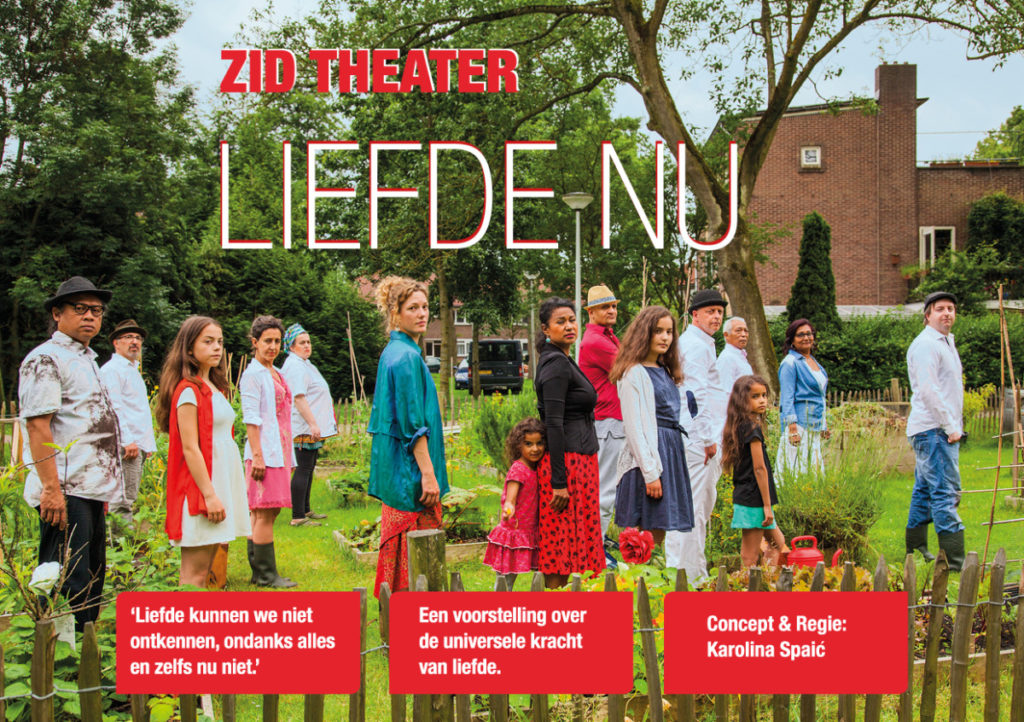 Love cannot be denied, in spite of everything, and not even now

In the new ZID production LOVE NOW director Karolina Spaic and twenty performers from various parts of the world are looking for the ultimate power of love. The performers make a personal statement in which the power of love is the answer to the uncertain times we live in. Inspired by well-known stories of love such as Gabrielle Garcia Márquez’s Love in Times of Cholera, Albert Einstein’s correspondence and Arabic poetry, the performers wrote the most wonderful love letters to their loved ones. This production explores love and relationships within the context of family, friendship, one’s personal environment, politics and the world. It also sheds light on the challenges, obstacles and current events that test the power of love.

ZID has now also developed an ‘On Tour’ model for the project. In this model, ZIDs work methods are combined with local artists and the community. This means that for every location, a new, authentic version of the production is created out of existing elements and fresh local input. For ZID this means en extra opportunity to spread our methods and introduce this unorthodox form of theatre to various parts of the world.

Love Now had its premier during the ExploreZ Festival, the  14th of  december 2016 in Theater de Meervaart, Amsterdam.

Also you could see the production in

A special soundscape, a mix of Balkan music and poetic sounds created by composer Fiora Beuger, augments the surrealistic world and colourful dance.

Allow yourself to be persuaded by the world of ZID Theater in which energy, enthusiasm and a positive message set the tone. Love Now is part of the international ExploreZ Festival. 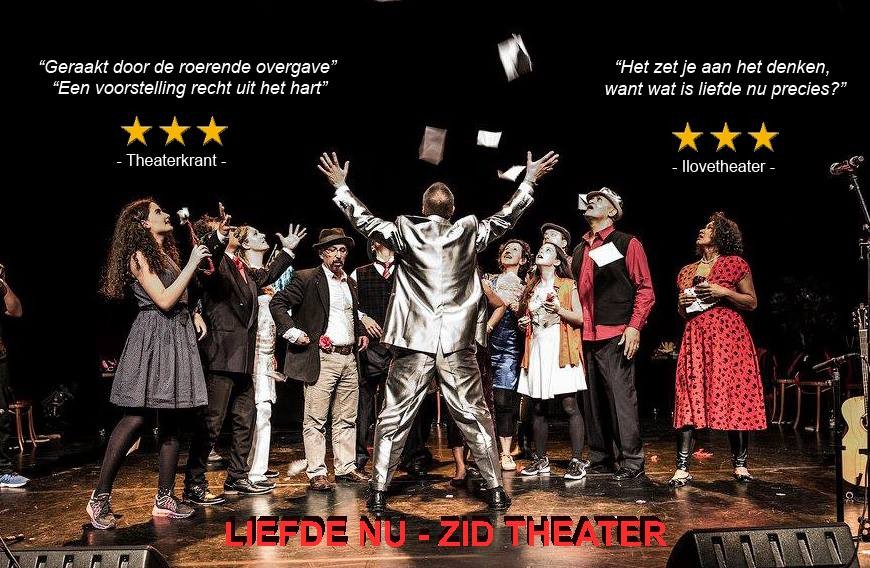