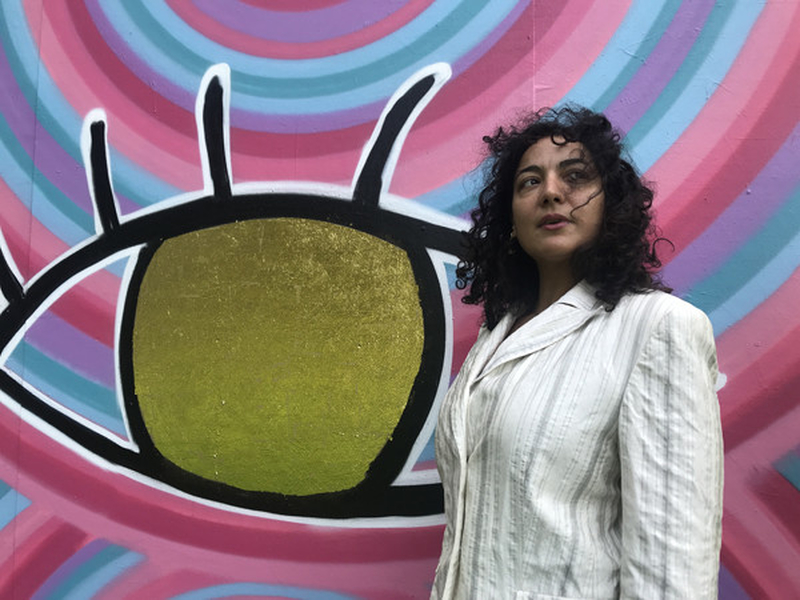 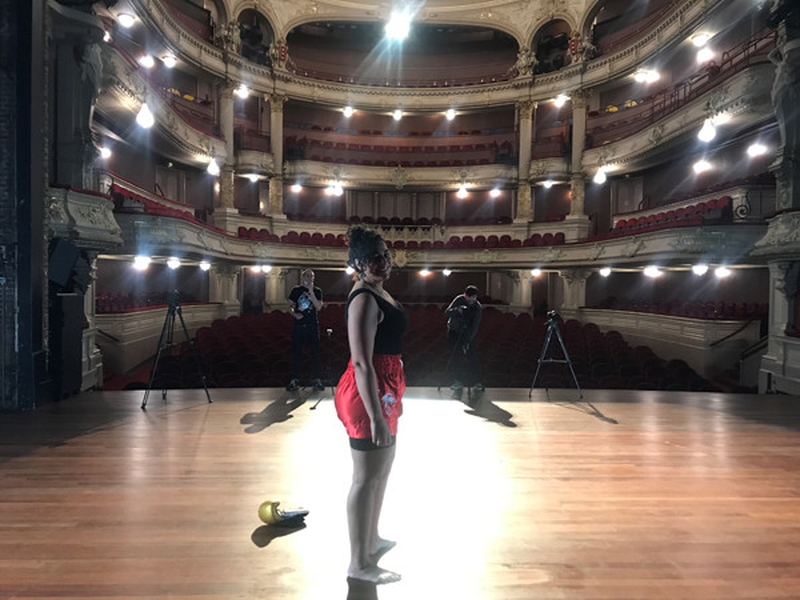 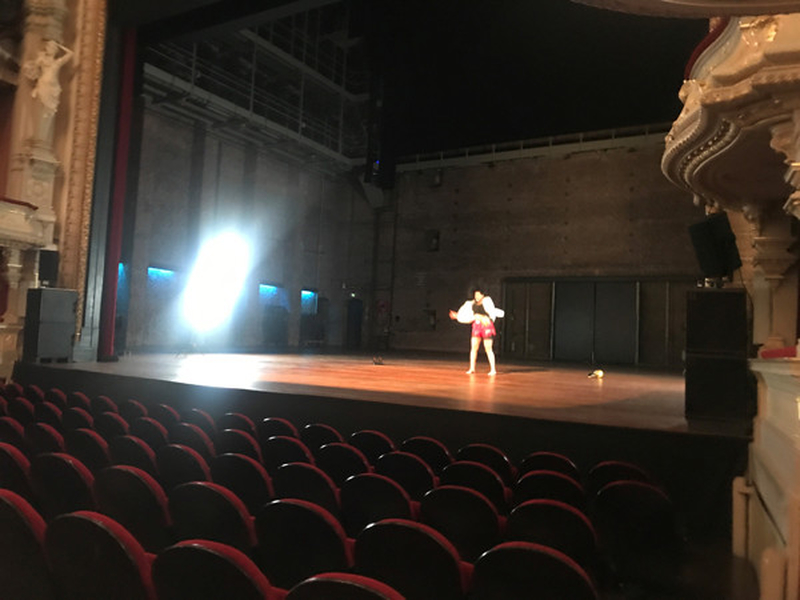 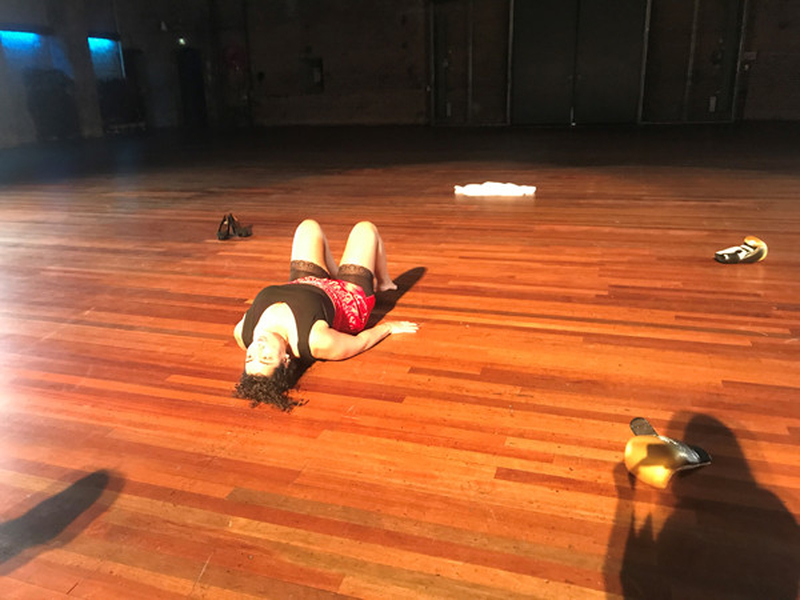 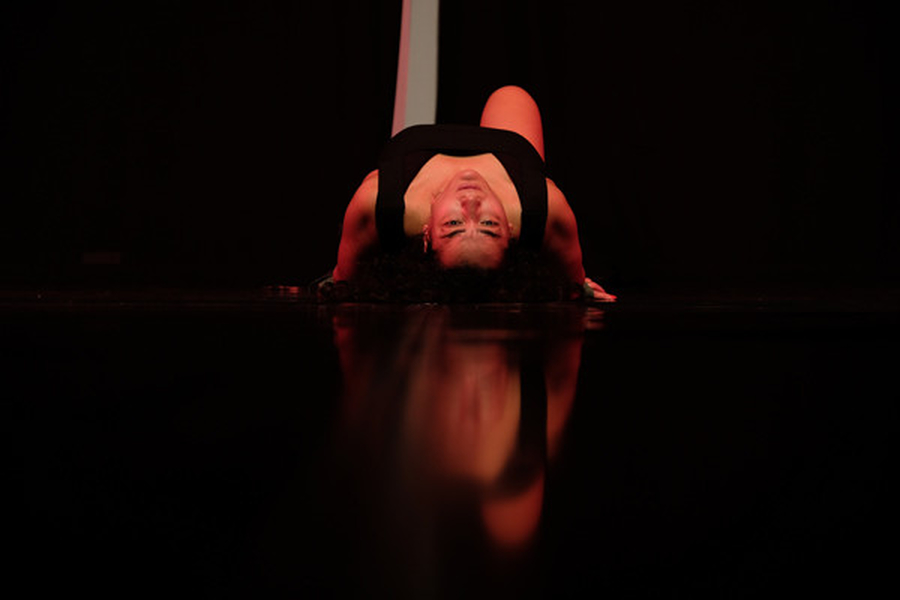 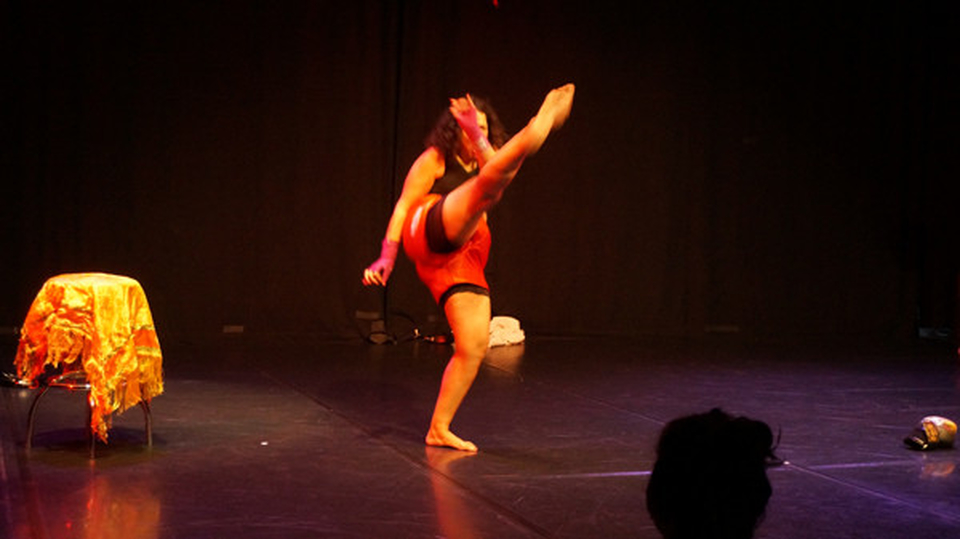 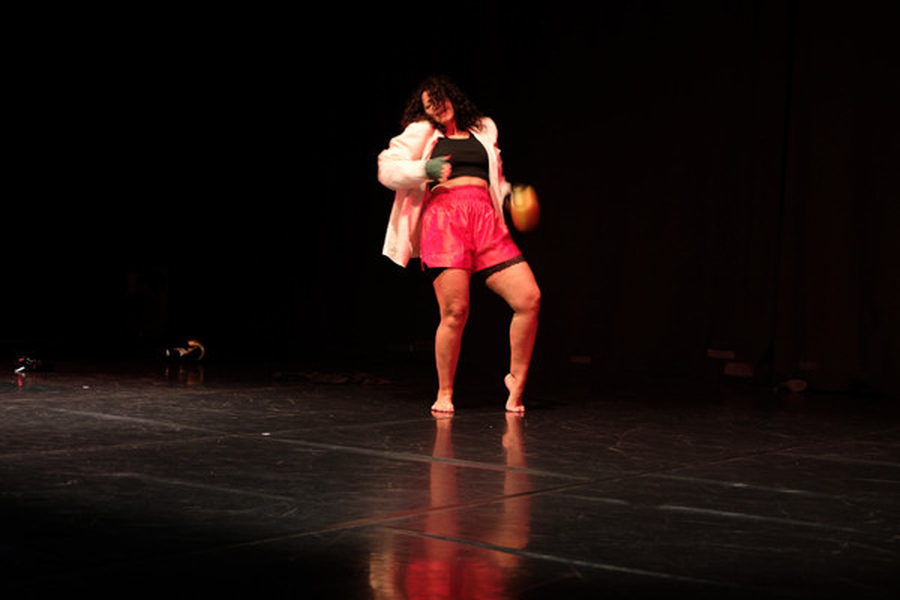 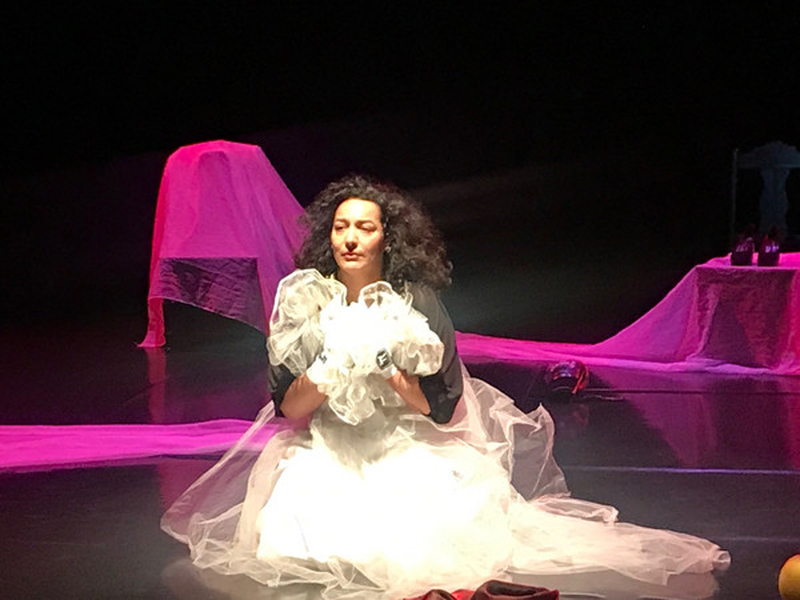 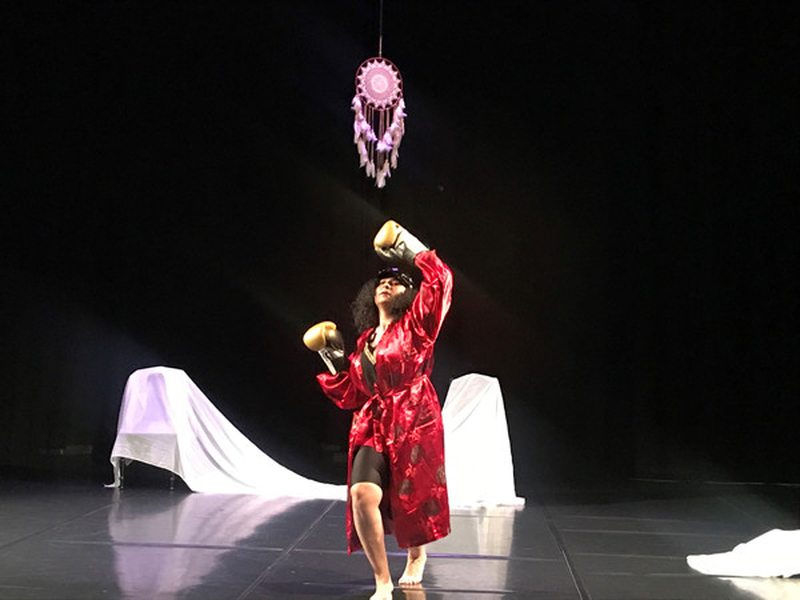 Is she a fighter, a diva or a dreamer? Or is she all in one?

Rebel is a solo performance by Naïma Baraka about a woman who shows several sides of herself.
A female kickboxer reveals her story and takes us along the incentives and powers of a modern-day woman.

In the performance Rebel, Naïma Baraka takes us through her world in which she gets confronted with the limitations of environment, culture and expectations. She shows us how to overcome this, go your own way and follow your desires and dreams. Rebel is an inspiration for everyone, especially for young women who want to follow their authentic path.

We follow Naïma from the moment she faced the world around her as a little girl full of optimism. We see her on a long road with ups and downs, until the moment she meets her grandmother in Morocco, who gives her the message: Follow your dreams!

Kickboxing is like playing chess with your body, the right hand, high kicks, low kicks, give and take. It requires self-discipline and concentration. It is a mental exercise for your body and is used in the performance as a dance and a philosophy of life.

The energy and dynamics of physical movement, the body as an instrument, the essential self-discipline, and simultaneously making your voice heard: it all helps with learning to believe in your own abilities and trusting your own strength.

I find it a challenge to combine kickboxing and theatre, because it can enhance each other enormously, both in terms of stage presentation and vision. I believe in the transformative power of this form of theatre. I can place my personal commitment in the context of contemporary social issues.

During the first lockdown, Karolina Spaic, director of ZID, and Naïma had the time to work on her long-cherished dream. They especially wanted to find out how Naïma could make her autobiographical way of working accessible to the public. The result was presented as a work-in-progress performance during the ExploreZ festival in October 2020. Because it was so well received, they decided to have the performance ready by spring 2021 and to start playing as soon as possible. It has is an intimate, powerful and physical performance that can be performed in different settings, almost like a pop-up theatre show.

Naïma Baraca is a performer, kickboxer, butoh dancer and urban storyteller. She has been involved in theatre from an early age. Later she discovered kickboxing and started training and teaching fanatically. In her solo Rebel she brings these two worlds together. Naïma has been performing at ZID Theater since 2017 in various shows. She also teaches theatre, dance and kickboxing.

Karolina Spaic, stage director and principal of ZID Theater, has directed dozens of performances. A common thread in her work are the solo performances by authentic players, performers and dancers, such as ‘Vincent & Ik’ by Sebo Bakker and ‘Melkwitje’ by Tamara Roso, both shows were performed in The Netherlands, at European festivals and in the United States.